Use lean prototype for your start-up

Ries (2011) defines start-up as a”…human institution designed to create a new product or service under conditions of extreme uncertainty.” In his words “extreme uncertainty” can mean variety of issues worth consideration, however I believe the most important two points when creating a strat-up are lack of time and money. I can also say this from my experience. Firstly, you want to put your product on the market as soon as possible. Market is constantly changing, therefore it is suggested to follow that change and adopt to the market rapidly.

Secondly, you don’t really have a big capital to support your ‘crazy’ ideas. Ries (2011) agrees how young businesses need to eliminate their own guesses at the beginning of the process.

For those two reasons mentioned above Ries (2011) suggest to apply minimum viable product when starting any kind of a start-up.

In the past companies usually took approach of traditional product development, shown below on the picture, which was time consuming and expensive.

However,  minimum viable product does not go through all the 7 stages illustrated on the picture below and is not so strategically linear. In contract, it is ongoing process aimed to satisfy consumers needs, based on their feedback and thoughts. Consumer reflection are collected through constant communicatin with the early adopters, so that the time and cost of an final product would be reduced and be implemented in a way to fit market needs.

Ries (2011) emphasises the importance of lean prototype as a collective development of ideas, prototyping, collections of a data, analysing and learning about the needs of a market.“…the minimum viable product is that version of a new product which allows a team to collect the maximum amount of validated learning about customers with the least effort.”

MVP consists of minimum features that are necessary to define the product. This kind of a prototype can save newly established companies, who mainly have low budget, to decrease their potential and reduce the cost of a product. Furthermore, it can save time in case the product fail. By creating a lean prototype, it is easier to get the feedback from the potential consumers and test it, to avoid future failure in the products.

Furthermore, MVP allow to test a product with minimal capital and resources, learn from data that have been gained to develop better solutions, reduce hours of developing ‘perfect-looking’  product, get the early adopters, develop foundation for further product development, reduce the unnecessary cost of massive production and dissatisfied consumers. 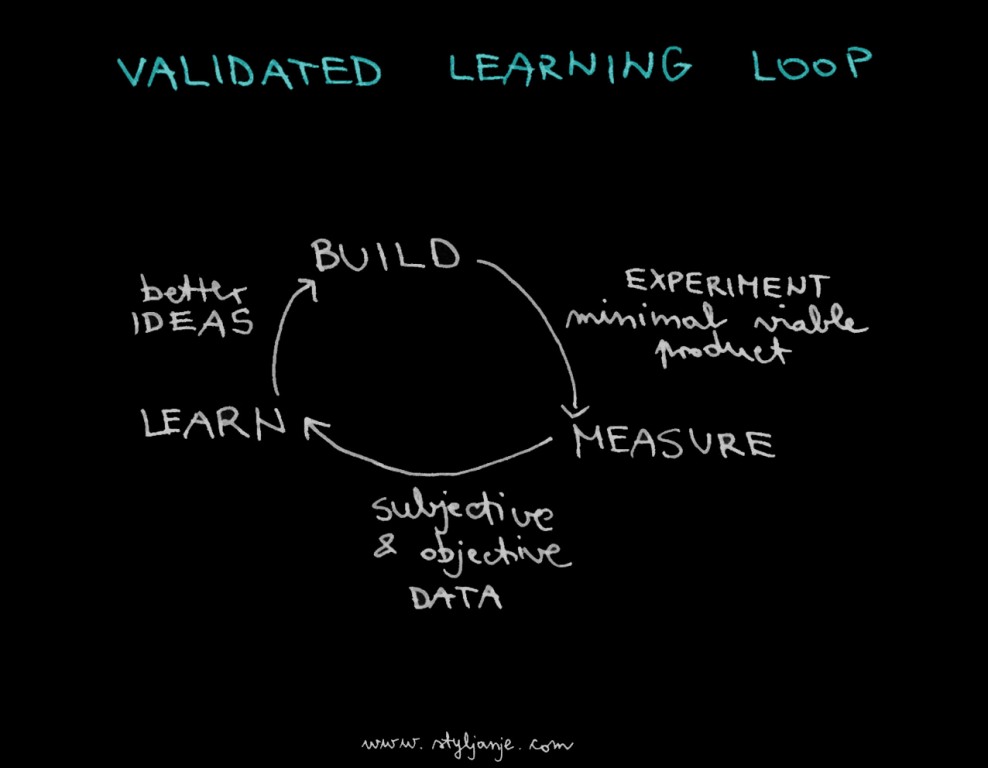 In contract of traditional product development, MVP measures and test the market at the very early stage before launching it to the market. MVP is based on the ideology to prepare the market for its releasing sooner than the product release. That kind of a lean prototype allow founders to establish the final product by taking under the consideration consumers’ criticism.

Lean does not necessarily mean cheap, but rather thoughtfully planned process by making a deep market research and accept the feedback from the audience. It also allow the inventor to eliminate waste at early stage by contacting consumers. It is suggested to obtain the valuable feedback as soon as possible.

So, to transform the theory into the practice, we got a task to create a new shoe brand. We went out and spoke with people around the Kingston Hill Campus, observe their problems and needs when it come to a shoe. We surprisingly established a lot of interesting reason why people purchase certain type of a footwear. Based on our findings we started to build our MVP. As we have decided to design a male shoe, we spoke with a  bunch of male candidates around the Campus. After investigation we profiled them in three main characters, which represents the most common answer and issues regarding shoes.

His profile: First person is Brian who is 22 and is coming from Colchester. He is currently doing his BA in economy. Shoes plays a big part of his wardrobe, as he believes that shoes should always accent the whole look, no matter what he is wearing. This also sums it up why he is a shoe collector and proud owner of more than 40 pairs of shoes. He is feeling more confident when he is wearing branded or special edition shoes, as this gives him some kind of power and social status. His favourite stores in London are Harrods and  Selfridges.

2.  Consumer wants shoes for everyday use, but as the same time for variety of occasions

His profile: James is 29 and is from London. He is a dentist, currently doing his master at Kingston University. He loves to play tennis and usually does not really pay attention towards shoes. For him, the most important feature on the shoe is that is comfortable and can be worn at more occasions. His preference are sporty-type shoes, when he is feeling the most confident. James does not have a favourite place where he would go and buy shoes, because he only buys them when they do not serve their main purpose anymore.

His profile: William counts 25 years and is originally from Cardiff. He is a MA student of engineering and is usually looking for minimalistic shoes, however he really likes when a shoes has some outstanding, eye-catchy detail. He travels a lot, that is why he is always looking for a shoes that are plain and light, so it would not take him a lot of space in the luggage. Therefore, if the shoe is light and plain it is very likely that he is going to buy it, no matter in which shop or at what price.

Based on their needs, we developed our lean prototype. We found frequent answer of having a choice to transform the footwear upon their wishes. There was always something that bothered certain male consumers about their shoes, but even that fact they still decided to purchase it. Therefore, we came with an idea where consumers would be able to chose their main, plain model of a shoe, but personalising them with the wide range of adds-on that would came with shoes. This would allow them to change the colours, shape of the side of the shoes, frontal part etc.

Afterwards, we would also develop the platform, where they would be able to exchange different parts of the shoes with other users, based on their needs.

To sums it up,  each of the randomly chosen male that was interviewed had specific needs regarding the shoe. That is to say, some people might consider their shoes as their status, that would boost their confidence, while other wear them just to protect their feet.

In our research we have found out that male population between the age of 20 to 30 would like to have ultimate shoes, that would allow them to self-design it for a special occasion, but at the same time be plain for everyday use.

“We believe that male population from 20 to 30 would like to buy a shoe, that can be customized in different styles and colours. A shoe that would allow them to add on or take off ornaments and different colours.

This type of a shoe also creates an opportunity for us founders, to develop a platform in which users interact with each other as a community to share their adds-on or other ornaments, so they can also inspire others, become designer of their own shoe, based on their preferences.” 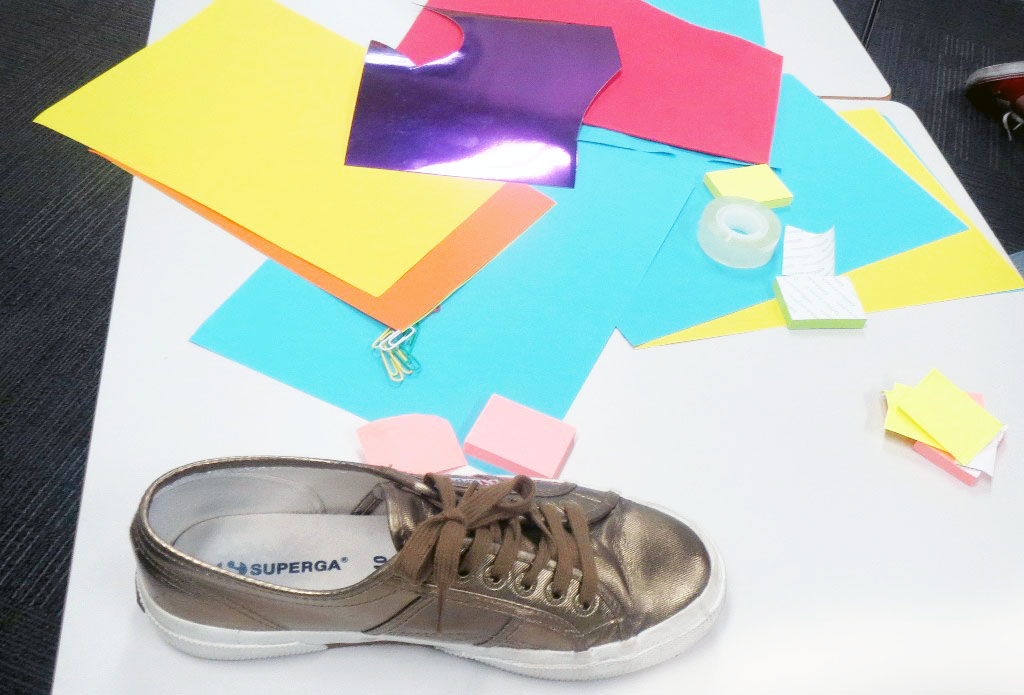 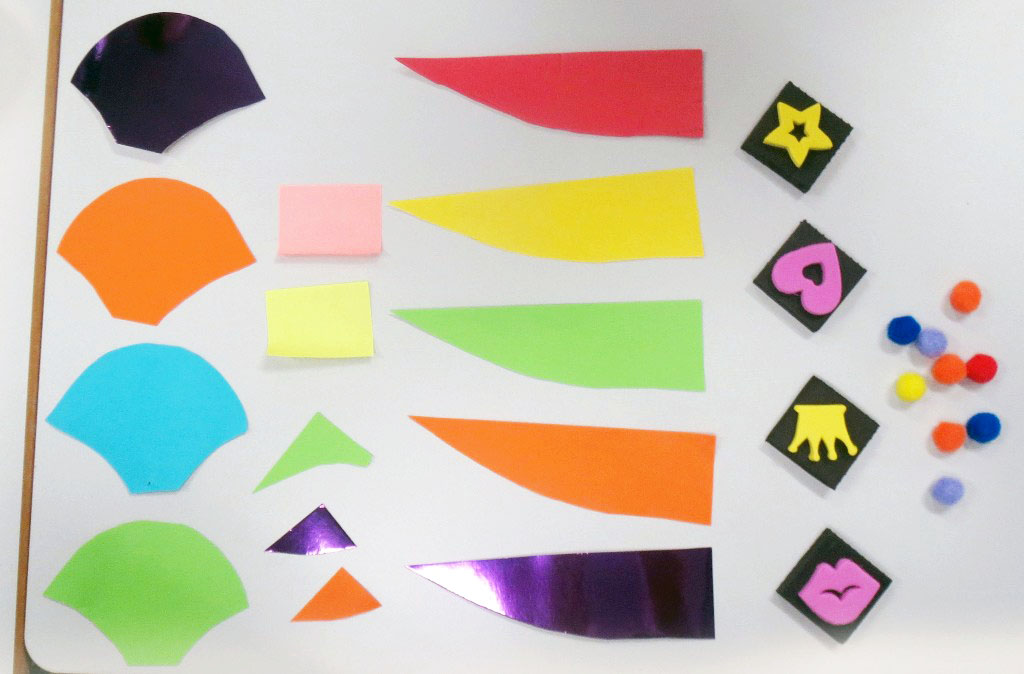 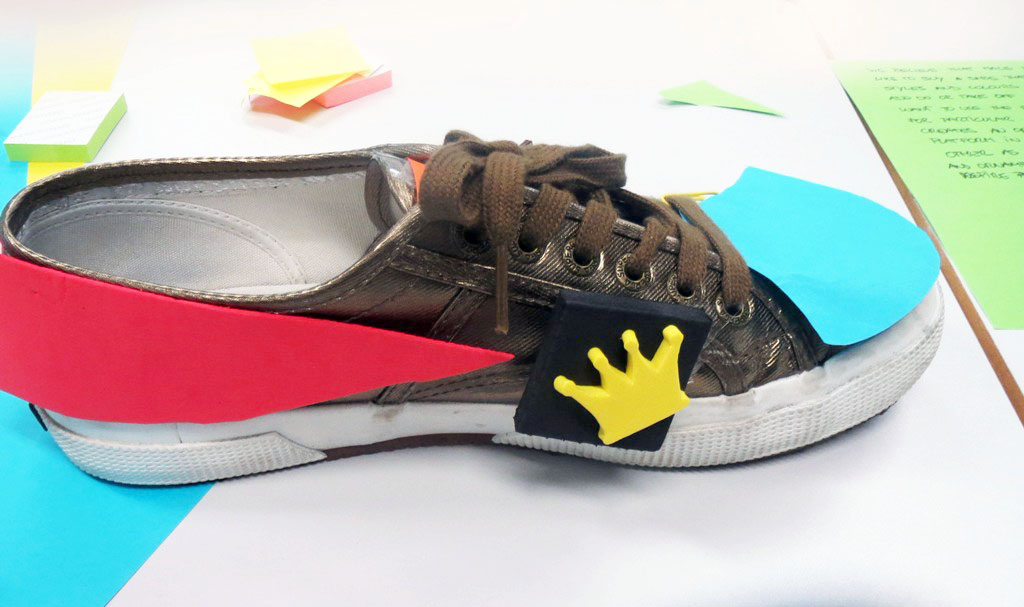