Fashion monitors people’s perspective of the world and allows individuals to express their identity and moral beliefs through clothes. Besides that, fashion also reflects social views and questions economic and cultural values. One the one hand, fashion can be seen as a respected discipline with talented and creative people designing artificial pieces worthy of an exhibition at a museum or a gallery, on the other hand, it can be perceived as a commercially driven industry, where products are created and sold to a mass market. It seems that in the 21st century a success of a fashion brand is frequently more often described through sales and finance, rather than the quality of design. (Jackson and Shaw, 2006). It is important, however, to consider whether the real value in fashion design originates from the demand, talent, money, or aesthetic.

Fashion nowadays is present in the mass market more than ever before, therefore demand for the industry has changed. The industry is constantly being featured in media through TV shows, music, sport and is presenting the whole new lifestyle with celebrity as role models (Jackson and Shaw, 2006, p.29).
As a result, it frequently occurs that talent is no longer the foundation of being successful in the fashion industry. To demonstrate, global brands today often hire celebrities for collaboration without them having deeper knowledge or background of fashion and textile (Jackson and Shaw, 2006, p.39).
Another factor to consider is the aesthetic, which is being eliminated since the globalisation. To explain, the individual aesthetic of a certain fashion brand is turning into the global fashion trends as “…designers all have access to the same information.” (Jackson and Shaw, 2006, p.56) 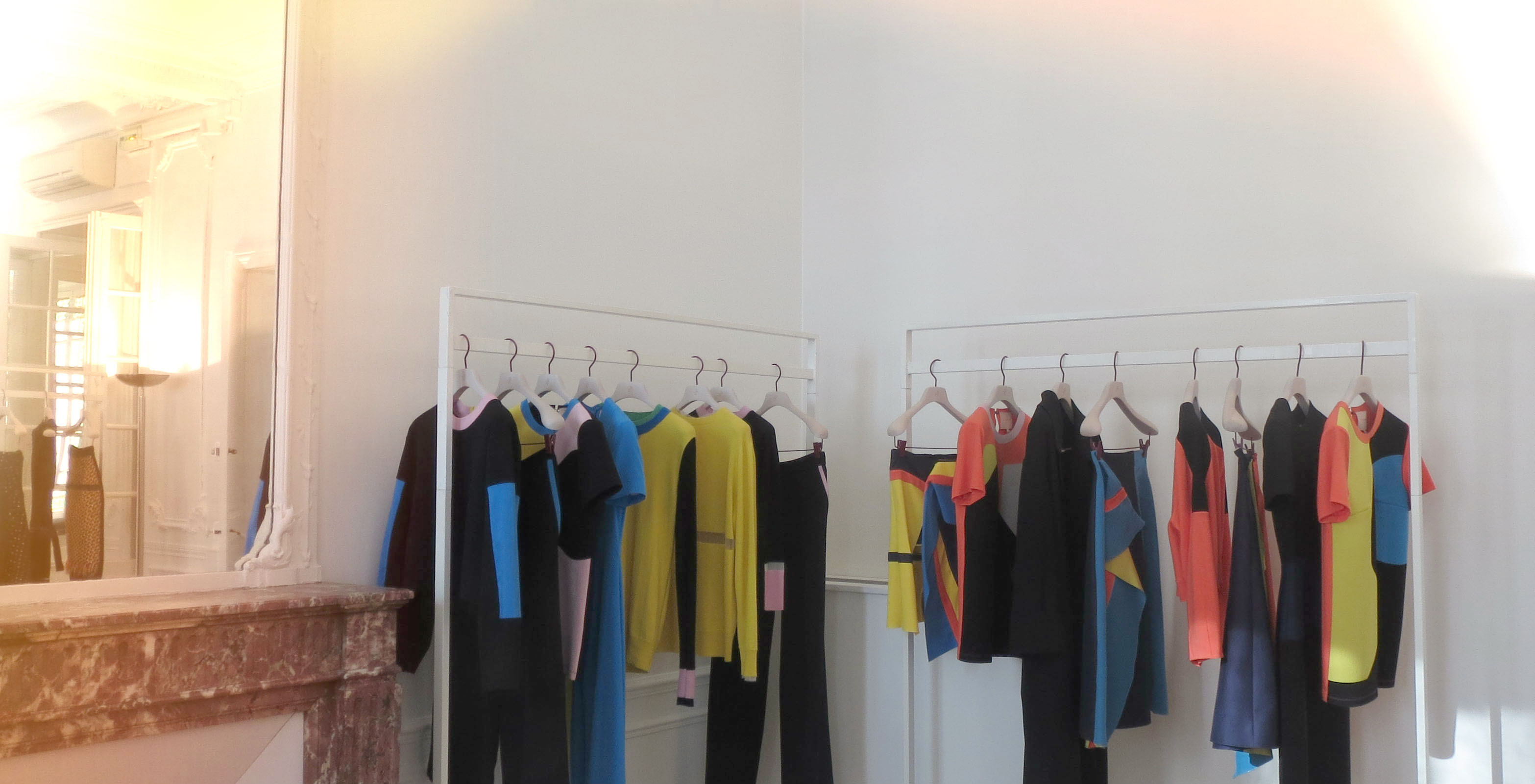 IP ISSUES ON THE CASE STUDY
In the first place, quick development of a clothing industry in 1944 caused new policies with trade restriction and industrial growth limitation.
The policy has changed since 2005 as it did not fit its primary purpose and it was established that global market grew in an unpredictable way, so it was rather designed individually at an individual national level. It was concluded that governments should control industries at the macro level rather than microeconomic level (Jackson and Shaw, 2006, p.18-19).
Burberry as an example had as a brand in 1990 unclear distribution strategy policy. This meant that brand’s products were sold by wholesale customers to other distributors where Burberry did not have control. Furthermore, the company did not properly control licenses, which lead to pricing, design and product quality being different across markets. The brand solved those IP issues, however, it is still facing with some strategic concerns. One of them is Burberry check which is a pattern easily to imitate. Even the fact that Burberry check is registered and brand own the whole rights, some unbranded companies are still using it (Jackson and Shaw, 2006, p.65-76). With this in mind, it is evident how being aware of the IP issues can unleash the potential of the creative work by having the whole control over the copyrights.

Most of the biggest names in fashion industry started to realise the benefit and value of private owned companies rather than being taken under public ownership (Jackson and Shaw, 2006, p.151) and after 1990 changed the procedure of collaborations. Big brands started to make their own accessories and other products that were, not primarily associated with the brand, instead of hiring external designers that were specialising in the certain craft. To illustrate, Dior as a fashion clothing brand was producing clothes within the fashion house, while having external designers to produced specialising orders such as accessories. However, from 1990 on, those big brands started to design their own accessories inside the design house, so Dior, for instance, started to produce products including fragrances, cosmetics, watches in the design house.
Another example is Bill Amberg studio that was hired by Paul Smith to design leather bag. However, this changed in 1990 and gave the brand full control over the IP rights (Amberg et al., 2017). Copyrights control, in fact, fully belongs to a holder of a product, even if the work for it was made by an employee of that company, stated Korn (2016). In other words, if the brand, for example, Dior would use an external designer to do the work for them, as it did in 1990, the artist that would do aforementioned product might still own the product’s copyrights.
At that time, in 1990 most of big luxury fashion business connected into large business groups. For instance, LVMH, which is currently the biggest luxury multi-brand group in the world, connected brands such as Dior, Louis Vuitton, Givenchy and Fendi, among others (Jackson and Shaw, p.151), which raised another debate regarding the IP. Providing this example, this event clarifies how in this case, benefits and risk outweighed the cost (Korn, 2016), therefore the benefits of connecting those brands were higher than the risk of having some cost regarding the IP.

GLOBALISATION AND SUSTAINABILITY
Having considered IP issues, it is also valid to look at the concept of globalisation. Implying to a singular case, Jackson and Shaw (2006, p.206-207) discuss how Europeans and Chinese indirectly adopted American style and culture. For example, jeans become popularised after the Second World War around the globe. The adaptation of other’s culture style indicates a desire to adopt their values and its success and power, remind Jackson and Shaw (2006). The next issues, that should be considered is sustainability. Each of the stages in the fashion design process makes an important contribution to it, however, consumers as the last one in this chain of production have a choice to the actions. The majority of consumers are still not prepared to pay the higher price of the apparel, although, the study by Ross and Harradine (2013, p.307) of how the population perceives brands and their products, confirms that the product’s low price can raise doubts in consumer regarding its quality. With this in mind, unless big corporation will not change its business model towards a greener future, consumers will keep buying clothes produced outside the UK border.

LABOR ISSUES AND TECHNOLOGY
Whilst the discussion in a preceding paragraph explains IP and globalisation issues fashion industry was facing in 1990, the year 1995 lead to labour issues. Jackson and Shaw (2006) explain how there were significant job losses in countries like Canada, France, Germany, Greece, Italy, Spain, United Kingdom and the United States. The last two mentioned countries lost more than half of the jobs in the manufacturing sector during the period of 1995 to 2002. In fact, Portugal, was the only country in the European Union from countries mentioned above, without having any job losses. Countries such as Germany started to ship non-finished garment to countries with low-cost labour to finalise their garments. In contrast, China employed about 15 million people in the fashion industry in 2002. It is believed that this number increased to 17 percent with every following year. Besides that, it is important to consider that China’s imports of clothes into the United Kingdom in 2005 were expected to be £2.8 billion.

Jackson and Shaw (2006, p.5) warn that 12 years ago customers in the United Kingdom bought 20 per cent of garments that were made in China. Moreover, this number rapidly increased by 2017. China is seen as an opportunity and origin for obtaining low-cost production for many brands worldwide (Jackson and Shaw, 2006, p.5) and under those circumstances, brands will continue to avoid domestic markets in order to satisfy consumer’s demands for low-cost products, which can unfortunately not yet compete with China’s manufacturing in terms of the low labor price. Jackson and Shaw (2006, p.19) therefore, raised an important question of the time period when benefits of sourcing in China will not serve its purpose anymore. They believe that it is important to innovate, improve and explore potential especially in manufacturing.

Providing that, a place where the majority of the industry is not manufacturing might be the root of a real value. “…seeing solutions where others do not.” , emphasise Jackson and Shaw (2006, p.19). Be that as it may, technology represents another issue fashion industry is confronting with, especially since a place behind the sewing machines, cutting tables and other types of equipment are often replaced by computer robots. These are able to do the work faster and more precise than people can. The rise of the technology can be considered as an advantage in terms of manufacturing, however, technology brings the disadvantages when is comes to creativity, which can not be produced by any machinery at the level human can. The rise of digital technology is affecting globalisation and sometimes feels that the society is not moving forward anymore as only the biggest fashion brands benefit from varieties of business structures. On the one hand, the consumer has become more informed about fashion brands and industry in general, which results in customers having more power and voice. It is evident, that the growth of the technology allows a broader audience to easily use their network and dictate the trends. A report (Parke, 2016) indicates that in Africa more people have access to the technology than drinkable water. Nevertheless, social media gave users voice and it occurs that public creates future demands, dictating and informing future trends. Besides that, consumers are harder to please than ever before.
A study of Swinney and Cachon (2011, p. 780) has shown how strategic have become consumers when purchasing. They are able to predict the reduction of the price and are delaying with the buying of a product until the price of a product is lowered. In addition, fashion in today’s world needs to adapt to consumers by designing a perfect fit for the variety of body types, whereas in the past, consumers need to follow fashion rules and fit into the models’ industry has provided (Jackson and Shaw, 2006). On the other hand, the big fashion corporation is somehow depending on its customers, which resulted in online influencers being co-creators of the brands. 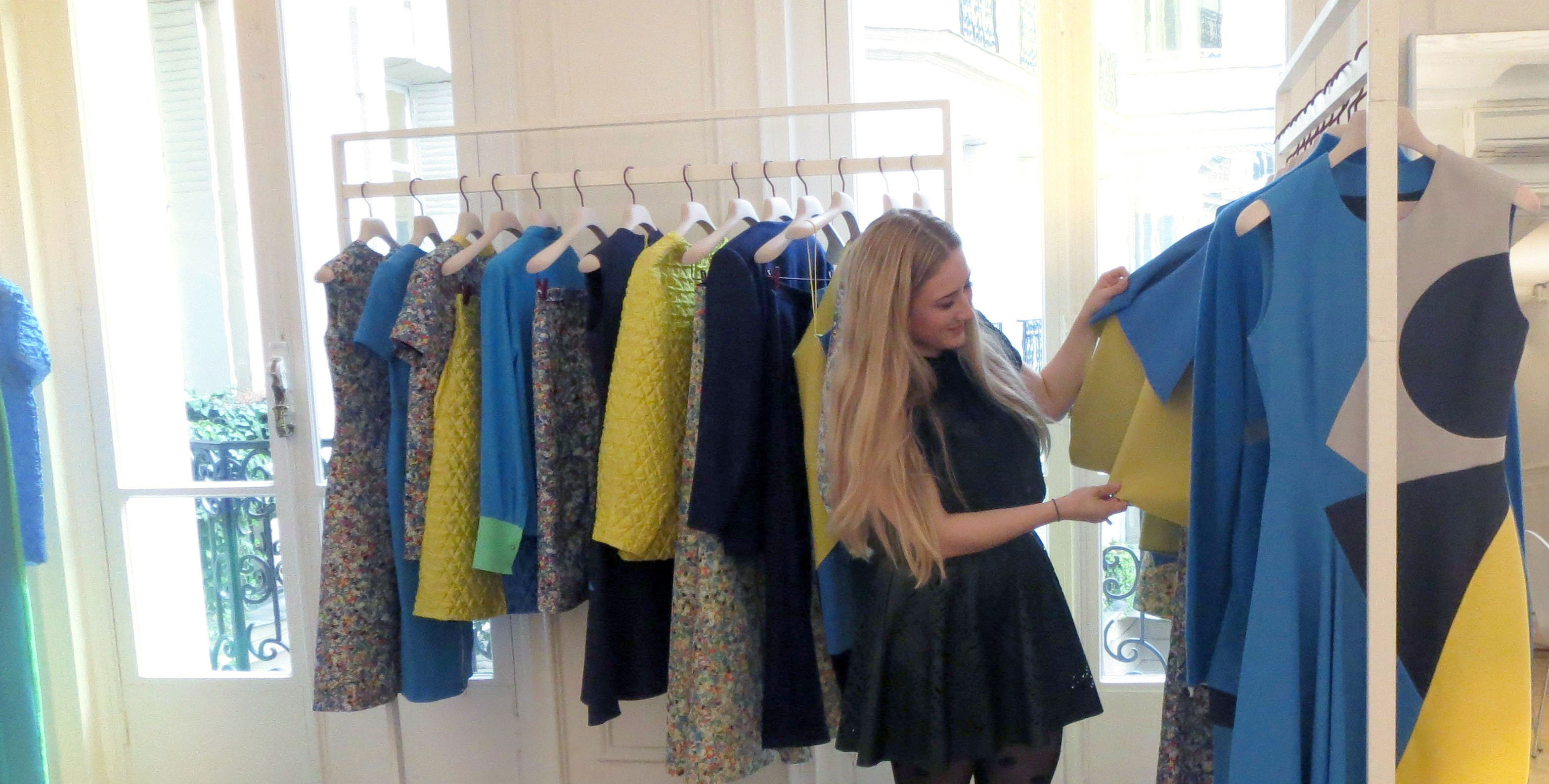 THE INDUSTRY POTENTIAL
As clothing industry in the UK lost more than half of the jobs in the manufacturing sector around 2002 this opened new possibilities for retailing. In fact, UK flourishes in this sector after its loss and brought new profit to the UK economy (Jackson and Shaw, 2006, p.19).
Jackson and Shaw (2006, p.104, 105) are positive that fashion retailing can bring new values, whether the value is defined in terms of profitability or morality. Stores can be a place for an entertainment and enjoyment. They can provide customers with trials, allow them to fully interact with the brand, put wanted items on hold, providing information for customers that can influence their decisions, provide refunds and build consumer loyalty. Notwithstanding, an investigation among the brands in article ‘Suppliers keep the focus on value, fashion’ (2002) argue that value-added products became a tool to compete with rivalry for many fashion brands. Better customer service, quicker delivery, faster production and distribution are just one of most seen scenarios. Nevertheless, this still provides the profit for the store, as well as for a customer. 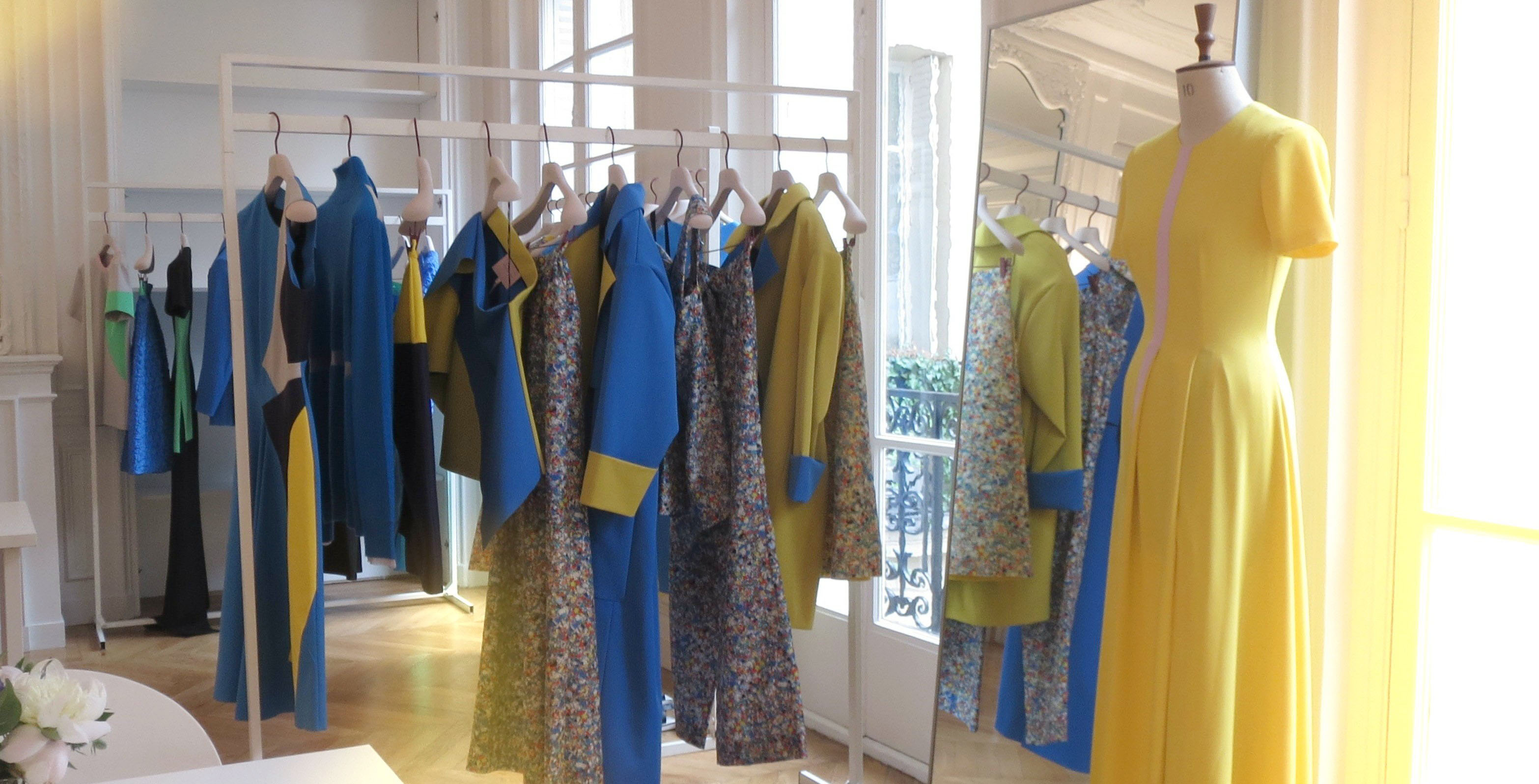